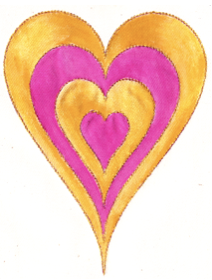 Coming to balance within is a process.

Three years ago I was guided to ask for apologies for long ago situations.

I remember, at the time, being a bit incredulous that this was even possible.

One after another — there were three — I asked, and after it was done, I wondered what had taken me so long.

The Mother had this to say in a reading through Linda Dillon after I had asked for the third apology:

UMM: You have learned the power of forgiveness and compassion.

Apologies — receiving a genuine “I’m sorry” — when someone says that truly from their heart, it is a request for forgiveness, and so in the person receiving the apology, it is not only the transmutation, and what I would call the rectification of an injury, it is an expansion of the receiver to then from a higher realm grant forgiveness and feel compassion.

K: It feels like the release of addiction to pain.

UMM: That is correct because as it comes in, it is transforming … it is the acknowledgement, it is the healing of the wounded warrior.

Letting go all our addiction to pain, the entrenched beliefs and core issues that don’t work, we are building the new.

Can you imagine if we all said we were sorry, “I apologize” and “I forgive,” with compassion?

When Sanat Kumara taught us the Universal Law of Give and Receive through Linda Dillon, channel for the Council of Love, he asked us to:

If we all stopped “being right” there would be no war with family and friends, in communities, with countries around the world.

“What it takes is you claiming your creator self in sacred union with us, and deciding right now:

Asking for apologies and giving apologies, when guided to proceed in person or in writing, are a beautiful way to create peace everywhere on Gaia.

I invoke Sanat Kumara
and the Universal Laws of Intention,
Balance, Change, Unification, Unity, Transmutation,
Instantaneous Transmission, Dispensation,
Attraction and Repulsion, Elimination
and Completion and Continuity
for forgiveness of everything
to create peace on Gaia.

I’ve found with, a consistent daily meditation practice alongside Universal Law invocations, comes greater understanding and knowing how to let go, how to embody the new.

During Your Meditation Time:

Sitting in St. Germaine’s Violet Bonfire
or bringing his Torch of the Violet Flame
into the heart space, observing, listening
for inspiration, the ‘how-to’ steps,
keys to forgiving everything.

P e a c e  within
creates peace without,
as within  s o  w i t h o u t,
the Universal Law of Balance,
how things work in the higher realms.

In the months after Archangel Michael’s Plea for Peace Now and Archangel Uriel’s Meditation for Drought were channeled by Linda Dillon, a small group and I have been gathering on Skype to listen.

Embedded within these meditations is magical expansion. . . Consistency, again, is key.

The more of us participating,
finding that place of peace within,
the faster we manifest PEACE ON GAIA.

“When there are billions holding the energy
of the only acceptable reality being peace and Love,
then peace will reign.” To see all the posts go to:
All There Is Is Love and Peace and scroll down

Click on the butterfly
for info about readings.
****
This site operates in part
because of your loving
subscriptions & donations
for the info on this website,
Zoom classes & recordings.

Thank You
****
HOW THINGS WORK
IN THE HIGHER REALMS
ZOOM CLASSES