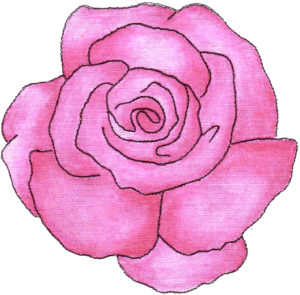 The Prayer of the Mothers

From the north to the south,

From the west to the east,

Hear the prayer of the mothers.

The beautiful song below, Prayer of the Mothers, is an alliance between singer-songwriter Yael Deckelbaum and a group of courageous women leading a movement called Women Wage Peace.

This movement emerged the summer of 2014 amidst an escalation of violence, military operation Tzuk Eitan, between Israel and Palestine.

Thousands of women marched from the north of Israel to Jerusalem — a call for peace — that reached it’s peak October 19th with 4,000 women, half Palestinian and half Israeli, in Qasr el Yahud on the northern Dead Sea.

That very same evening 15,000 women protested in front of the Prime Minister’s house in Jerusalem.

The marches were joined by Nobel Peace Prize winner, Leymah Gbowee, a Liberian activist responsible for leading the women’s movement, Women of Liberia Mass Action for Peace, that helped bring an end to the Second Liberian Civil War in 2003.

In this song, Prayer of the Mothers, Yael combines a recording of Leymah, sampled from a youtube video in which Leymah sends her blessings to the Women Wage Peace movement.

Prayer of the Mothers

from the north to the south

from the west to the east

hear the prayer of the mothers

to the south – lal januuuuub

from the west – min el raaaaaarb

to the south – lal januuuuub

A whisper of ocean wind

Is blowing from far away

And laundry is flapping

To the shadow of the wall

Between the sky and the land

There are people who want to live in peace

Don’t give up, keep dreaming

Of peace and prosperity

When will the walls of fear melt

When will I return from exile

And my gates will open

To what is truly good

Hebrew / Arabic (the Arabic lyrics are taken from a children song, performed by Feiruz)

Come on Sleep! – Another sunrise

Come on Sleep – And morning is here

We will slaughter – A mother sends

A pigeon for you – Along with a prayer

We will laugh with the child – to the sound

So that he may sleep – of war

The walls of fear will some day melt

And I will return from exile

My gates shall open

To what is truly good

(English and Arabic are the same)

from the north to the south

from the west to the east

hear the prayer of the mothers

“I believe in the power of women to lead to positive change and in the power of music to connect people. I have decided to initiate Women of the World Unite, an ongoing musical project, that will carry the message of organic women’s movements through musical collaborations between female musicians and leaders across the globe.”