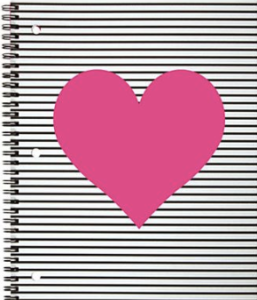 I call it the Driving Force and also the Divine Force.

When it comes I have no choice but to follow it. It came the Friday morning before Mother’s Day.

I was planning on spending the day with my mother in her rehab facility where she was recovering from a fall. But the Driving Force said, “Go Now! Do not go later as planned!!”

I was frantic as I was driving! When I arrived the ambulance was on its way. The paramedics asked “Which hospital?” I thought, “No wonder the Divine Force wanted me to get there! It was so I could pick the best hospital!”

In a short amount of time the two doctors came to me. My mother would die within a few hours without surgery! My brother was on speaker phone. “No,” we said! “Her heart doctor said no surgery! Find another way!” The two doctors were upset. “You want your mother to die? You want to put her in hospice?”

My brother and I wondered later why as two intelligent beings we didn’t stop and ask for more information, of what the consequences would be. We have made certain promises to our mother. But the emotions had taken over.

As they took her I knew I needed to stay centered, peaceful, pray. This is always my way. I was able to observe from within how my body was reacting, that I was shaking, freezing cold. I noticed how tears came when I finally reached my sister and husband.

As I sat in the waiting room, I wondered why I couldn’t connect to my spiritual healing gifts. They are second nature to me! All I could do was put on facebook and other groups to please pray for my mother! I asked G-d that all the prayers sent on her behalf would be used for her highest good. I spoke to my brother. We both were having doubts whether we made the right decision.

“The surgery went well,” the doctor told me. But late that evening we were losing my mother. The nurses said, “Tell your brother to come straight to the hospital from the airport. There isn’t much time.” At 12:00 p.m. we all gathered around and Rabbi David said the final prayers. The Divine Force was back. “Sing the Misheberach!” it said! Later my sister asked me why the healing prayer. “It was for the ultimate healing,” I told her.

Everyone was shocked when my mother opened her eyes in the morning. It wasn’t until the next day, Mother’s Day, that she could get some garbled words out. I wanted to follow her wishes. She managed to communicate that this is not what she wanted. But then clear as day, another voice came from her that said, “I knew I was dying. I had to come back.”

Later that afternoon she needed to have a nasal feeding tube to receive nutrients. “Absolutely not!” my siblings and I agreed! We decided to wait 24 hours for any decisions about hospice. Maybe there would be improvement tomorrow. The Driving Force came back late that evening. “Go back to the hospital immediately!!” I understood why when I saw my mother. She made her decision. No more treatment, no medications. I accepted this and was filled with gratitude to see the peace that came over her.

But with each day in my home, even off all her medications, my mother improved. She could now swallow, eat by herself and even move in the bed with help. Soon it became a party everyday with all the grandchildren traveling in to say goodbye!

After a week we moved my mother to her own apartment with an aide. She still has much ahead of her and is still off her medications. My brother and I have discussed that in honoring her wishes, if we had to do it over again we would make a different decision. But I keep on going back to that voice that came through, “I had to come back.” In the end the decision we made was in alignment with my mother’s Divine Plan.

Rabbi David always says that when G-d told Abraham to go to a new land He used the famous words, “Trust Me.” That is all I can do right now. Trust in my mother’s Divine Plan, the one she has planned with G-d.

To all who offered your prayers, thank you! There have been so many miracles along the way. One thing I know without a doubt – your prayers have helped to bring them about!

Thank you from the bottom of my heart for continuing them…May they all be used in alignment with my mother’s Divine Plan!