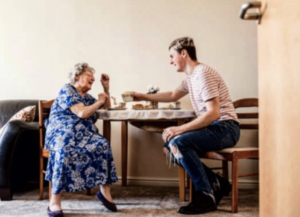 My neighbour, Gina, is 82 years old. She and I have become really good friends. We laugh and carry on like we’ve known each other forever.

In the balance of give and receive we’re helping each other and having fun together.

Lucky me, I’ve been on the receiving end of yummy Greek food, and her wise everyday common sense!

Below are 3 posts demonstrating how young and old are showing the way with kindness and interaction. 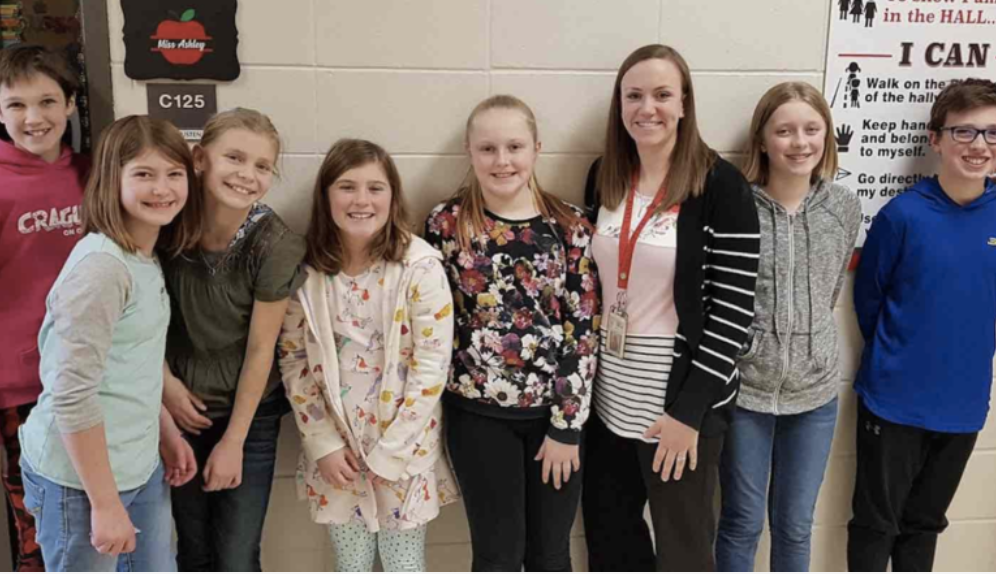 Ady and six other fifth-graders make up the core of the club. They are Ava Kallunki, Elsie Ostmoe, Jillian Roberts, Lauren Havemeier, Tessa Boche and Noah Lambertz.

Kindness is seeping into the classrooms and corridors of an elementary school in Minnesota thanks to a group of fifth-graders.

The kids at Parker Elementary School started a Kindness Club last year, and observers say it’s having a positive impact on classroom culture.

“There had been some issues in fifth grade of kids not being very kind to each other,” said Ashley Justen, a social worker at the school in Elk River. Teachers had talked to some of the students and told them things had to change because ‘that’s not how you treat people,’ Justen said.

Fifth-grade teacher Matt Greenhoe said he had been talking with his students one day about improving the situation when one of the kids, Ady Bollinger, suggested starting the Kindness Club.

Since then the Kindness Club has blossomed, sprinkling kindness throughout the school.

Ady said they started the club because they want kids at Parker to feel safe in school. They also want to stop bullying and improve self-esteem, she said.

Ady and six other fifth-graders make up the core of the club.

“It kind of makes the world a better place having someone your age to turn to for help,” added club member Elsie Ostmoe.

The club has initiated several kindness projects. They now have a bucket on display where people can drop in notes that tell of random acts of kindness they have seen, which club members plan to read during school announcements.

Before Christmas, club members launched Operation Candy Cane, where they gave every student a small candy cane — 600 in all — with the note “Happy Holidays from the Kindness Club.”

During Holly Jolly Week, they put notes of kindness on the lockers belonging to students with special needs. They also have produced a slideshow about kindness that they intend to share with others.

Currently, they are rehearsing a play based on the book “Stop,” about a girl who is being bullied and the friend who helps her. They plan to perform the play for first-graders.

Greenhoe said the students have given up recess time to work on the Kindness Club.

Club members feel they have made a difference and said there is less bullying going on at Parker. In fact, there are fewer students using the Buddy Bench, a specially designated bench on the playground where students can sit if they are feeling alone and want to be invited to play with others.

Member Tessa Boche said she wants people to know they’re not alone and are part of a larger community: “It makes us feel good that everyone is getting included and no one feels left out.”

And the kindness is spreading: Other students are following suit by expressing random acts of kindness, like putting positive notes on students’ lockers.

“They definitely have created a ripple effect,” she said.

This is the fifth-graders’ last year at Parker Elementary School, but those in the Kindness Club hope to carry on their kindness crusade into middle school.

They also hope some of the fourth-graders at Parker will continue with the Kindness Club and would like to see other schools pick up on the idea as well. 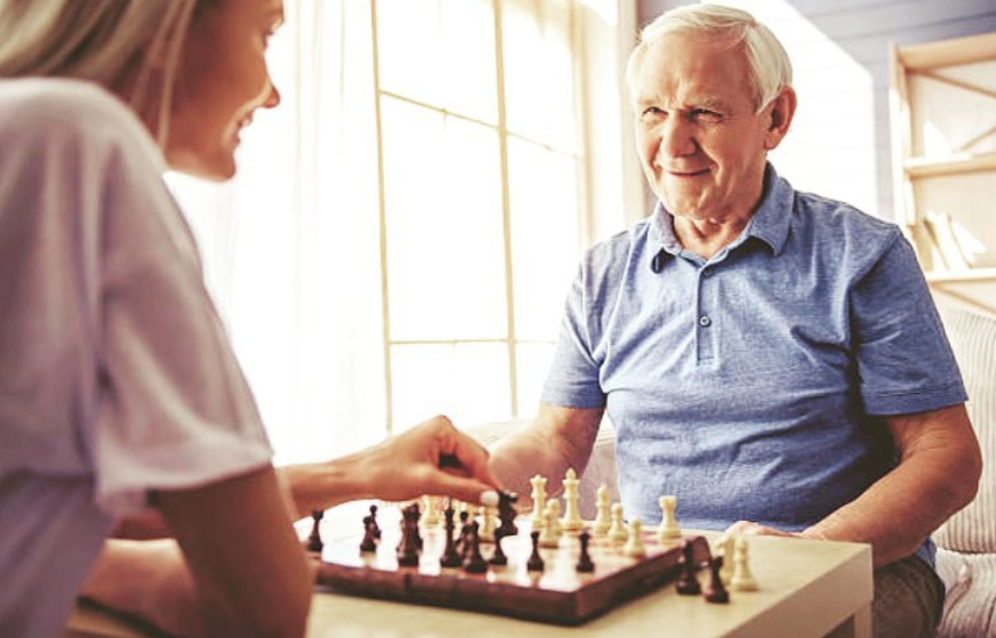 For some seniors who may not have as many family members or friends to keep them company in their golden years, this app offers them “grandkids-on-demand”.

Join Papa is an online service that pairs older people with college students who are paid to spend time with the seniors and help them with their errands.

While many youngsters might be happy to spend time with their elders for free, the app offers them a means of generating income while still working flexible hours around their academic schedule.

Each college student – most of whom are studying nursing or social work – is carefully vetted and trained so they can provide the best care for their senior counterpart. More importantly, the young “Papa Pals” are given personality tests to determine whether they have the right sense of compassion and disposition to serve lonely seniors.

“We have found that Papa Pals who join our platform and go through our rigorous onboarding process are more productive and engaged,” said Andrew Parker, founder and CEO of Papa. “They have the power to choose their own hours and we have created an environment that lets our Papa Pals be independent.”

Currently, there are over 300 young “Papa Pals” who are caring for seniors through the service. Some of them help their older counterparts do their grocery shopping or clean their homes; others are simply called to spend time with seniors who may be feeling lonely.

Since launching in 2017, the Miami-based startup now offers their services throughout the state of Florida – and they plan on expanding their operation to 8 more states during the coming year.

(This video was made in October 2018.)
Here’s a link to their Facebook page.

What Happens When a Nursing Home
and a Day Care Center Share a Roof?

You see, “The Mount” also houses a child care centre of 125 tots, and the full cycle of life on display is magic.

Physicist Peter Russell:
How One Simple Thing Can
Change the World

A Physicist’s Message for Humanity

A revolutionary futurist and author of the bestselling book, The Global Brain, From Science to God, Peter Russell bridges science and spirituality with his potent ability to distill the spiritual significance of our current times. He says:

“We are all the same kind, and kindness is recognizing this…

“We could completely change the world by doing this one thing,

by simply being kind in our relationships.”