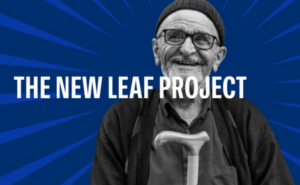 With thanks to Sitara.

From the Foundations for Social Change website: In 2015, then Environmental Consultant Claire Elizabeth Williams returned to Canada from a six-month trip to India seeking a new direction.

After volunteering with a non-profit organization there, she was compelled to pursue work that would make a real difference here at home, in her community. 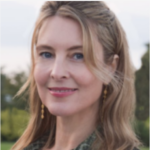 Her next role would be as Co-Founder and CEO of Foundations for Social Change.

Together they discussed the provocative idea of providing direct cash transfers to people who were homeless, inspired by Rutger Bregman’s two TEDTalks:

and “Why We Should Give Everyone a Basic Income”

Further research unveiled a 2010 UK program, “The Rough Sleepers Project” which provided funds to 13 individuals who were chronically homeless and the US non-profit organization “GiveDirectly”, that facilitates cash donations to the world’s poorest.

With the increasingly visible homelessness crisis they were seeing first-hand in North America, Williams was left asking,

She embarked on an extensive consultation phase with multiple organizations across Vancouver to capitalize on the knowledge and expertise that already existed.

It was during this process that she connected with Dr. Jiaying Zhao at the University of British Columbia, and specifically her research on cognitive decline within poor populations.

Dr. Zhao had similar ambitions to launch a direct giving program with people experiencing homelessness and a partnership was established. Gaining Dr. Zhao as a research partner provided the exciting opportunity to run the project in a way it could be rigorously and credibly evaluated.

Williams and Tjallingii collaborated to earn grants, partnerships, and the funds needed to launch the New Leaf Project, the world’s first direct cash transfer program and study of its size, to help those who are recently homeless.

The results are ground-breaking and are paving the way for a new approach in addressing Canada’s most pressing social issues.

About the New Leaf Project

In partnership with the University of British Columbia, Foundations for Social Change launched the world’s first direct cash transfer program to empower people to move beyond homelessness in Canada.

While many would balk at the thought of disbursing large sums of cash to people living in homelessness, the approach was based upon scientific evidence and the bold action has paid off.

At the same time, community resources can be spent in other urgent areas.

Cash transfers provide choice, control and purchasing power at a critical time in people’s lives. This is not merely a gesture of help, it is a signal that society believes in them.

Project participants have seen measurable improvements in their lives after receiving the cash transfer and NLP is passionate about expanding their work. 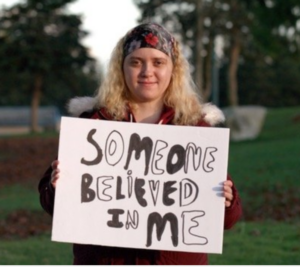