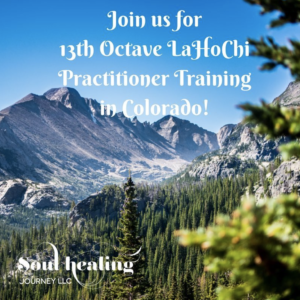 “LaHoChi is a powerful hands on healing technique that brings in a very high frequency of light.

“The ‘La’ in LaHoChi refers to the Light, Love and Wisdom coming from the Christ frequency or higher.

“The ‘Ho’ means the movement of this energy, and the ‘Chi’ is universal life force.

“As such, LaHoChi energy can be summarized as ‘healing light of the highest frequencies, filled with life force, moving with the combined intentions of spiritual and human beings to wherever it needs to go.’

“LaHo-Chi is reported to have originated from ancient China and was brought forth by oral transmission on May 15, 1991, in Santa Monica, California, through a Western spiritual teacher named Satchamar, a long term disciple of the holy man Sathya Sai Baba of India.

“LaHo-Chi energy may be used in the form of hands-on, remote, and/or self-healing to facilitate a state of deep ‘full body meditation.’

“Other forms of spiritual energy healing, such as Reiki, share many similarities in their approach and yet each has a unique frequency or vibrational energy.

“LaHo-Chi is a powerful, yet gentle, form of energy balancing and healing wherein the body’s own natural healing abilities are activated and nurtured.

“These inevitable stresses accumulate over time and can significantly affect the health and well-being of the individual.”

“The 13th Octave is a process of conscious union within the heart of God; an awareness that is anchored deep within your heart.

“When LaHoChi is joined with the energies of the 13th Octave the squaring effect is comparable to a nuclear reaction.

“In the year 2000 the energy of LaHoChi was stepped up and the 13th Octave LaHoChi came about.  (This new information was given by the Council Of Love, through Linda Dillon).

“It was not just a joining of the original LaHoChi with the 13th Octave but now had additional hand positions.

“As well the core group of Masters who brought in the 13th Octave there are now additional LaHoChi Masters present during a healing session.

“There is the addition of the Violet Flame, the Blue Diamond of the Mother, universal grid work, specific sacred geometry, specific sound work, bi and multi location/imprinting, star tools and technology and crystals

“This all takes place from the sacred place of Divine Union, the 13th Octave.”

“The benefits of LaHoChi high-frequency healing energy are infinite!

“Imbalances in the energy field manifest on the physical, mental, emotional and spiritual realms of being.

“Not only will this energy work on the physical body (heal a sore throat or the beginning aches of a virus) but it will also calm the mental chatter, smooth out chaotic emotions, and activate our spiritual connections to ourselves and those around us.

“It is very simple to use, and is a wonderful Self-Healing modality that can be blended into a morning or nighttime routine with great ease.” 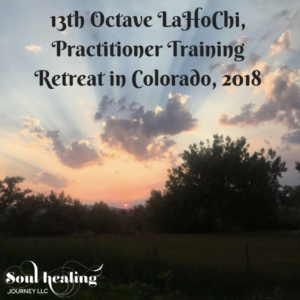 Quotes from Lao Tzu, through Linda Dillon, channel for the Council of Love, about LaHoChi, restoration of balance:

“When I walked the earth long ago, originally my name was Li, but eventually they came to call me Lao Tzu and it is a name that I cherish because it means ‘old master’. I was called to do many things, but I was not simply a philosopher, I was a healer and a teacher, and at times, a tender of rice, and at times a father, no I do not mean simply to my own children, but to many.

“I traveled freely, not always where I would first choice to go, to serve the emperor in the palace in sacred city, for when he would take ill, and I tell you that was often because there was much conflict within his heart. So he would call for me and I would tend to him in my very simple way and it’s much pomp and ceremony and even in your world today what you would think of as luxury. And each time he would say to me ‘Li, I think that it would be best if you simply stayed here in the palace walls.’ And very respectfully and humbly I would say, ‘No, no because my work is also in the villages and in the fields.’ And I would move amongst the people because their life was hard, I do not say that it was not without joy because there was much joy in the simplicity.

“Life was not as complicated as you, my dear friends, have made it but there were challenges and often challenges of survival. And so we would sit by a fire and brew our tea and sometimes our herbal concoctions of medicines, but I would simply give them the LaHoChi which was given to me to reemerge, to help; it was a gift from the brothers and sisters of the Pleiadians.

“It was important that I be able to serve the poorest and the richest, the most powerful and the most meek. And I would tell you that my joy came from serving those in the villages because they would listen to me, not simply to listen to my words, but listen to my heart and to truly receive what I had to offer, which was love; for the healing energy of all things is love…

“Long ago when I was in Atlantis we were honoured to have the star brothers and sisters come and it is then when they brought the LaHoChi, the healing modality of light and movement and sound and symbols, etcetera. And so, what could we offer?

“Well what we offered, humbly and gratefully, was our willingness to learn. And it is still the same and we welcome them with open arms. Now, to them…at that time we felt ourselves terribly sophisticated and advanced but we were very, in the beginning stages of what you think of as science and culture.

“Now I do not mean to diminish my beloved home, or one of the homes in which I have lived, because it was dear to me but each person thinks that what they have is very unique and special and so when it is offered and accepted with gratitude it makes both parties, whether it is two people or twenty thousand people, it makes everybody feel unified.”

LaHoChi and our crystalline bodies:

“The light which moves at the speed of love quite literally transforms carbon to crystalline. We have spoken of this before because it was not yet time but that is exactly what it does. Think of carbon under pressure becomes diamond and what you are doing with this flow of energy through a physical form whether you are there or not, but particularly when it is hands-on, is you are creating such a flow of energy that it is, yes, it is assisting the, not only the anchoring, but the transformation of the crystalline body.” (1)

(1) “Lao Tzu Discusses the Many Aspects of Humility,” April 24, 2013, channeled by Linda Dillon for the Council of Love, http://counciloflove.com/2013/04/lao-tzu-discusses-the-many-aspects-of-the-divine-quality-of-humility/