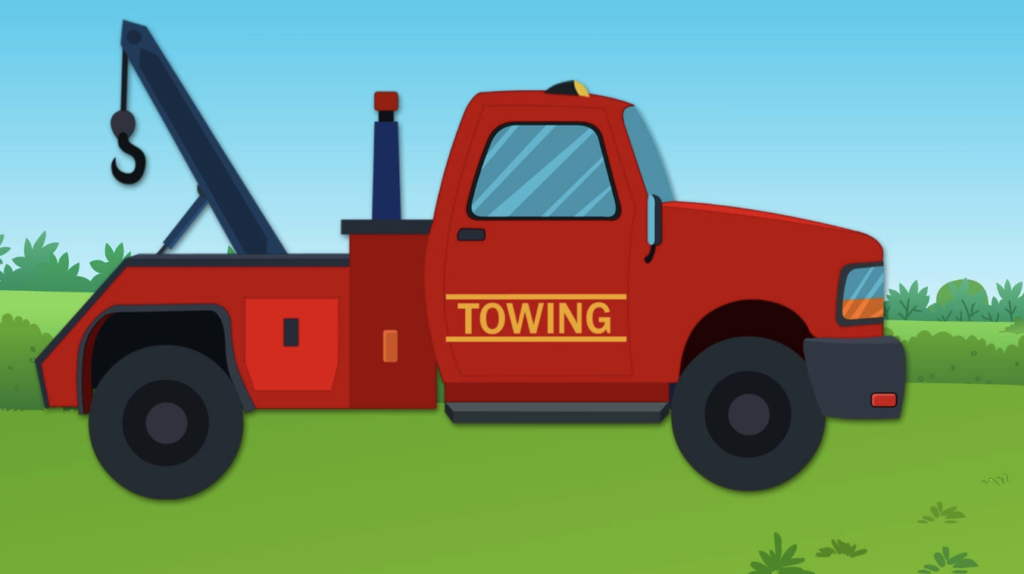 I just paused in the midst of all this somewhat confused. Did I not call on the angels when we first began driving? It is just automatic for me to pray for protection anytime I get in a car. So I stopped and prayed now, calling on the archangels, the driving angels and the turnpike angels, asking that the energy would change.

Like magic everything began to go smoothly. AAA would be there within an hour and the two hour tow home would be covered by our policy. They were also sending the turnpike police to check on us. While my husband and I waited we came up with all sorts of ideas as to why this was happening. “Maybe we are being protected from an accident!” I told my husband. Whatever the reason we now saw it all as an adventure and it certainly continued to be one!

The tow truck driver had a deep voice on the phone so I was surprised when “he” turned out to be a “she!” Her name was Rebecca and she was just so lovely! When we got into the tow truck she had classical music playing with my favourite composer, Bach! She learned that I play classical piano and I learned that classical music calms down her 18 year old Autistic son, Thunder, the youngest of her four children.

She told us about her life with Thunder, of how she learned at 2 years old that he was diagnosed with Autism. “I went to jail for him!” she told us. She wasn’t about to put him in an institution as advised and got quite angry when told all that he would never be able to do. “Not my son!” she yelled and grabbed the woman by the neck. “It was the grabbing by the neck that got me forty-eight hours.”

She began educating herself about Autism and got support through internet groups. When Thunder was six he spoke for the first time but it wasn’t English. It was Japanese as he wanted to see his brother’s Japanese anime book. He now speaks nine languages and learned it all though google. “He can’t do anything with Math, though” she told us.

Rebecca wasn’t about to put Thunder in the school system. She wasn’t going to have anyone call her son stupid or bully him. She homeschooled him and learned over the years what would work for him including strict schedules, never touching him, turning his closet into a safe space and which foods would trigger the “moments.”

The “episodes” were the worst when Thunder was eight and nine years old. Her husband couldn’t handle it anymore so they got divorced. Rebecca wasn’t about to give up though. Not even as he grew older and stronger. He can’t feel any pain himself so he isn’t aware when he causes others pain. Thunder has broken both Rebecca’s arms and her collar bone. She works out to stay stronger and tougher than he is. She told us the trick is knowing how to talk to him sternly without raising her voice and getting him into the closet safe space when needed.

She wouldn’t date or have people come to the house. “They just wouldn’t understand about Thunder” she told me. But the father of her daughter’s boyfriend had other ideas. He went to Thunder first and told him he wanted to take him and his mother on a date to get pizza. Thunder was quite thrilled with the idea as pizza happens to be his favorite food!

Rebecca told us other stories as well, of all the animals she has rescued while on the road. She presently has thirteen dogs and two potbellied pigs. One time she rescued a puppy being severely abused. She beat up the man putting him in the hospital. The puppy went into surgery and the man got 90 days in jail for animal abuse. Rebecca’s time was eating pizza with the sheriff for seven hours. Everyone including the sheriff respects her in her small community. She is known as Thunder’s mom.

Another time she rescued a Chihuahua from a garbage dump. Ferocious wouldn’t have anything to do with Rebecca but took to Thunder after he bathed her and dressed her wounds. Ferocious doesn’t let anyone near Thunder except for BB, Thunder’s other dog, a pit bull rescue. BB has been trained to call Rebecca and 911 on a special phone if Thunder is hurting himself or others.

Rebecca also shared stories about her tow truck, Abby. Thunder picked the name calling Abby the adopted baby. And Rebecca definitely takes care of Abby just like a baby! She told me she isn’t an outgoing person but when in the truck she is quite friendly. Abby is the one who helps her to be so. I told Rebecca I understand completely, that yes, vehicles have their own consciousness, that Abby is in partnership with her.

Hurricane Irma was quite tough as the house had much damage causing Thunder’s schedule to be disrupted. The well was also damaged so the family hasn’t had water since then. Rebecca goes every other day to get water for the household needs.

But she sees Irma as a blessing as it brought her boyfriend to her. After the pizza date he came to help with the hurricane damage and never left. “I saw how he accepted Thunder and could understand him” Rebecca told me. So they are planning to get married. “I always see the silver lining in everything” she said.

I told Rebecca I knew the flat tire was so I could hear her story. She confided that she had argued with her boss about taking the job. It was the end of a long day. But she knows she was also meant to meet me. She was so excited to learn about my third eye blindfold program and energetic work with children with ASD that she is going to participate in the next adult session! “I am always open to new ideas!” she told me.

After we hugged each other goodbye I pressed some money in her hand and said, “This isn’t a tip, but a gift for Thunder. Take him for some pizza!” She smiled and said, “He will love that and think it is so cool!”

We all have those experiences when we are touched so deeply. A mother recently told me that during her daughter’s Bat Mitzvah ceremony (Jewish rite of passage) something beautiful happened. “I feel different inside” she said.

Something beautiful happened during that ride with Rebecca. I too can say I feel different inside.

Thank you for letting me share my journey with you! Love, Lee 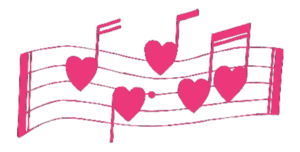