As we witness the old coming up for release — people speaking out about what is not of love, what is not kind, ways of being that are not of the higher realms — it is also, at the same time, important to trust and be the forgiveness.

Healing happens when we can forgive everything, the victim and the perpetrator. The outer reflection that triggers can be the reflection we are holding within.

Love is everything. Lifetime after lifetime has been acted out here on Gaia. We have all been the perpetrator and the victim. Now is the time to trust that everything is in Divine Order. . . and not get caught in the wheel of being right. . .

As Archangel Michael says in his Plea for Peace Now Meditation (1) through Linda Dillon:

“Peace is gentle. Peace is kind. Peace is Loving and considerate. . .”

Letting go is trusting and forgiving everything, being the Love and peace, as we say “Enough!” to the old ways.

Angelina Jolie visited Vancouver on Wednesday for a UN peacekeeping summit where she gave a stirring speech urging officials, diplomats and military representatives to muster the political will to crack down on sexual violence. 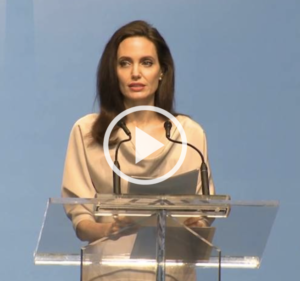 The actor, activist and UN special envoy said that exploitation of women and girls still takes place at alarming rates. She said sexual violence is a weapon of war, and should be persecuted as such.

“It is cheaper than a bullet,” Jolie said. “This is rape and assault designed to torture, to terrorize and to force people to flee.”

She asked that sexual violence be brought in as a central issue in peace negotiations so that prosecutions could be mounted, adding that “justice for survivors of rape is still the exception.”
“We have the laws, the institutions, the expertise in gathering evidence,” she said. “What is missing? The political will.”

She touched on UN peacekeepers themselves being the ones to perpetrate sexual violence, urging military comrades to be angry at their values being betrayed.

“There is nothing worse than when someone in uniform is harming the very civilians they are sent to protect,” she said.

She also alluded to the movement outing prominent sexual abusers in Hollywood, saying sexual violence is everywhere including the industry where she works.

Jolie employed moving examples from her time working with the UN, including female Rohingya refugees who are survivors or witnesses to sexual violence and girls as young as 18 months who were raped by soldiers in the Democratic Republic of the Congo

Jolie centred her speech on three myths surrounding sexual violence. The first myth, she said, is that the behaviour is sexual in nature rather than abusive. The second myth she touched on is that rape during wartime is an inevitable aspect of the breakdown of social order. She asked for sexual violence not to be treated as a lesser crime.

“No perpetrator is above the law and no survivor is beneath it,” she said.

The third myth, she said, is that many people believe it’s impossible to do anything about sexual violence.

But the philanthropist believes change is possible.

She called on nations to increase the number of women peacekeepers—women currently make up only 4 per cent of UN peacekeeping forces.

She also pointed to training going on in Kenya for peacekeepers to learn how to respond to sexual violence and interact with survivors.

She applauded Canada, the U.K. and Bangladesh for joining a senior military chief’s network aiming to increase the number of women in their militaries.

The Opioid Files: More Than 100 States and Cities
Are Suing Drug Companies

Lawsuits are being filed practically every week. Will governments prevail over the pharmaceutical industry like they did the tobacco industry in the 1990s? 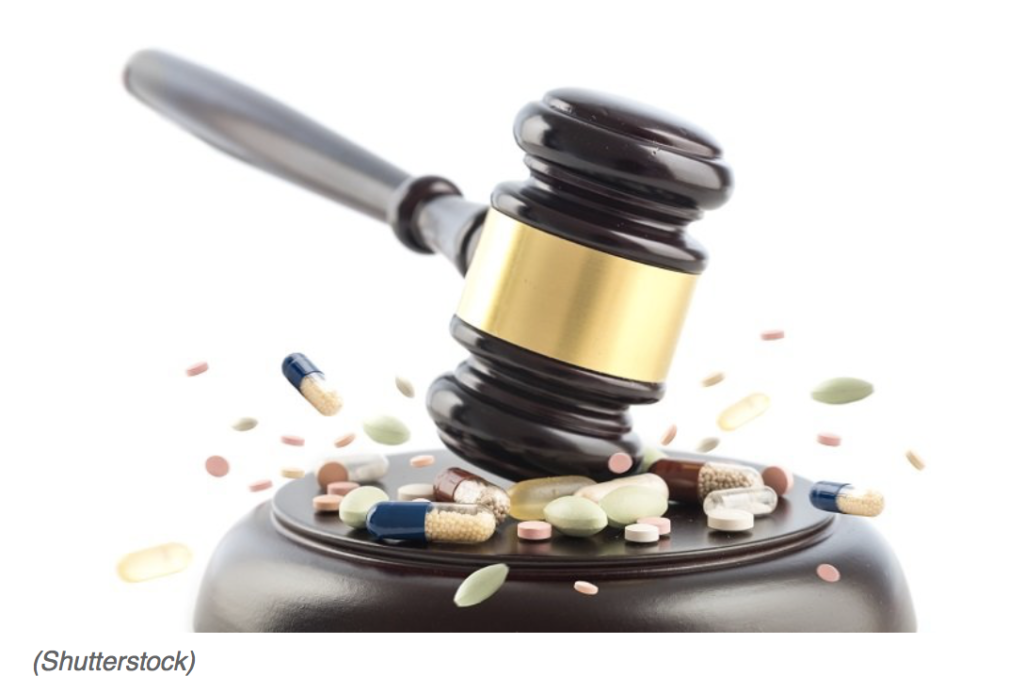 A few years ago, Mississippi Attorney General Jim Hood was worried about a friend’s son who served two tours in Iraq. After being injured overseas, he became dependent on prescription painkillers and eventually developed a heroin addiction.

But then, his friend’s son got into law school and showed signs of sobriety, so Hood offered him an internship in his office. A few days into the internship, he didn’t show up.

“We called his wife, and she went home to check up on him,” Hood says. “He was dead of an overdose.”

Shortly after that, in 2015, Hood became the first state attorney general to sue a prescription drugmaker for their role in the opioid epidemic. Since then, more than 100 states, cities and counties have filed similar lawsuits, with a new one popping up almost every week.

Drug dependency isn’t a new problem, but unlike most drug epidemics, the opioid one is largely driven by a legal industry. The National Institute on Drug Abuse estimates that 75 percent of people who enter treatment for a heroin addiction took their first opioid legally from a prescription.

States have tried to crack down on the problem, primarily with prescription drug monitoring databases that track what patients have been prescribed by doctors within and across states. But if addicts can’t get prescription painkillers, they typically resort to illegal drugs, including heroin, fentanyl and carfentanil. The latter two are at least 50 times stronger than heroin and can kill users within seconds.

The Centers for Disease Control and Prevention estimates that each day, 91 Americans die from overdosing on opioids. And it’s not just a human tragedy — the opioid epidemic has a financial cost, too.

“It’s devastated county and municipal budgets. There’s been a significant cost for law enforcement, first responders, for drug treatment, for lost productivity of government workers and for services like autopsies,” says Mark Chalos, a Nashville-based partner at Lieff Cabraser Heimann & Bernstein, LLP a law firm counseling some of the counties in Tennessee exploring lawsuits.

Some places in Tennessee, he says, can no longer afford to do autopsies for every suspected drug overdose, so it’s likely that the official count of deaths from the opioid epidemic “is just the floor.”

In addition to the 100-plus lawsuits, 41 states have banded together to subpoena information from four drug manufacturers: Endo, Johnson & Johnson’s Janssen unit, Teva Pharmaceutical and Allergan.

They’ve also put in a request for more information to Purdue Pharma and drug distributors AmerisourceBergen, Cardinal Health and McKesson.

“If we get into those emails and executives are in the chain knowing what they’ve unleashed on the American public, I’m going to kick it over to a criminal lawsuit,” says Hood. “I’ve been to too many funerals.”

For now, all of the cases are civil. Most localities are seeking monetary damages to help them recoup the money lost to fighting the epidemic. Many of the lawsuits also hope to force drugmakers to change their marketing tactics, which they argue are deceptive, to make it more clear just how addictive the pills can be.

Click on the map below to see more information: 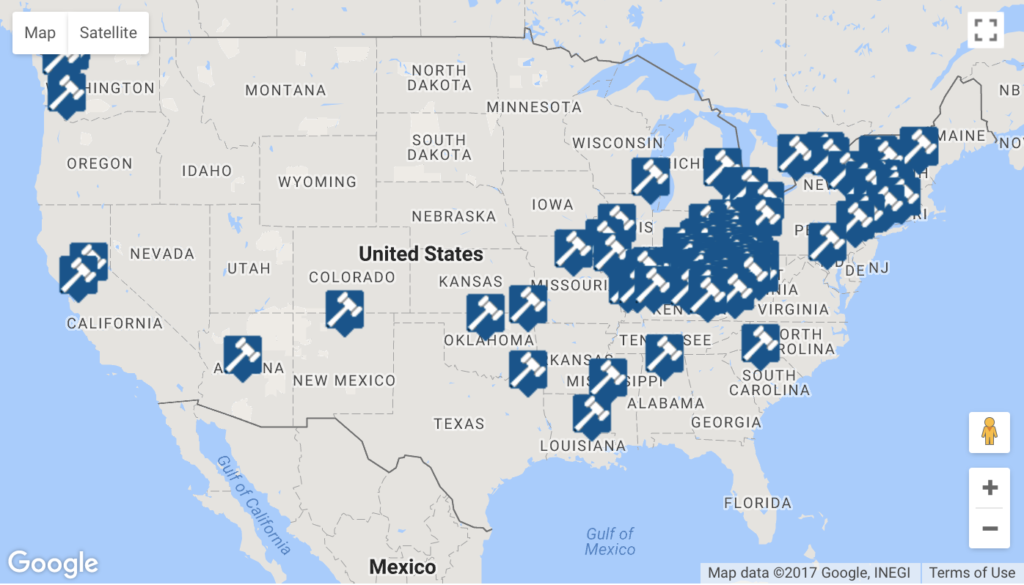 With gratitude to my friend, Su. Thank you for asking.

From my understanding, eliminating the old ways is a process that can begin (and end) by invoking Sanat Kumara, Keeper of Universal Law, and the Universal Laws. 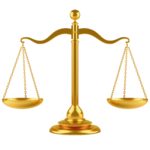 When we invoke the Laws, the old energy comes up to be looked at, experienced, let go.

As we do this work, we are bringing in the new, Nova Being, Nova Earth.

Here is a daily invocation to get started:

I invoke Sanat Kumara and the Universal Laws of Change,

Transmutation, and Elimination for the old ways of being.

The old will arise — feeling is healing — allowing this to happen is cathartic.

During this process we can also:

Look in a mirror daily and say to our reflection,
“I trust and forgive you for everything . . .
for all judgements of . . .”

Write Love with the Violet Flame
on the ‘you’ in the mirror,
on physical situations,
on photos — personal, family, global

In daily meditation listen for next steps,
Divine Inspiration

Letting go
is trusting
that all/our past
is/was in Divine order,
f o r g i v i n g  everything
from a place of non-judgement.

Practicing c o m p a s s i o n
by apologizing to, and forgiving,
those in need of this, connected to us,
helps with the rectification of old injuries.

The keys to heaven
are trust and forgiveness,
the doorway is Love.
Open this doorway
with your keys
and step into your new life.
The Divine Mother

Be the brightness of your pink!

With consistent daily meditation, invocation of the Laws, and also  p a u s i n g  to feel the old as it comes up (even setting a phone timer is an idea, every couple of hours to check in, understanding this is a process) we become Nova Being.

Now is the time to let go — trust and forgive everything — be the Love.

I Am Trust
I Am Forgiveness
I Am the Love

“What it takes is you claiming your creator self, in sacred union with us, and deciding right now, ‘Enough!’