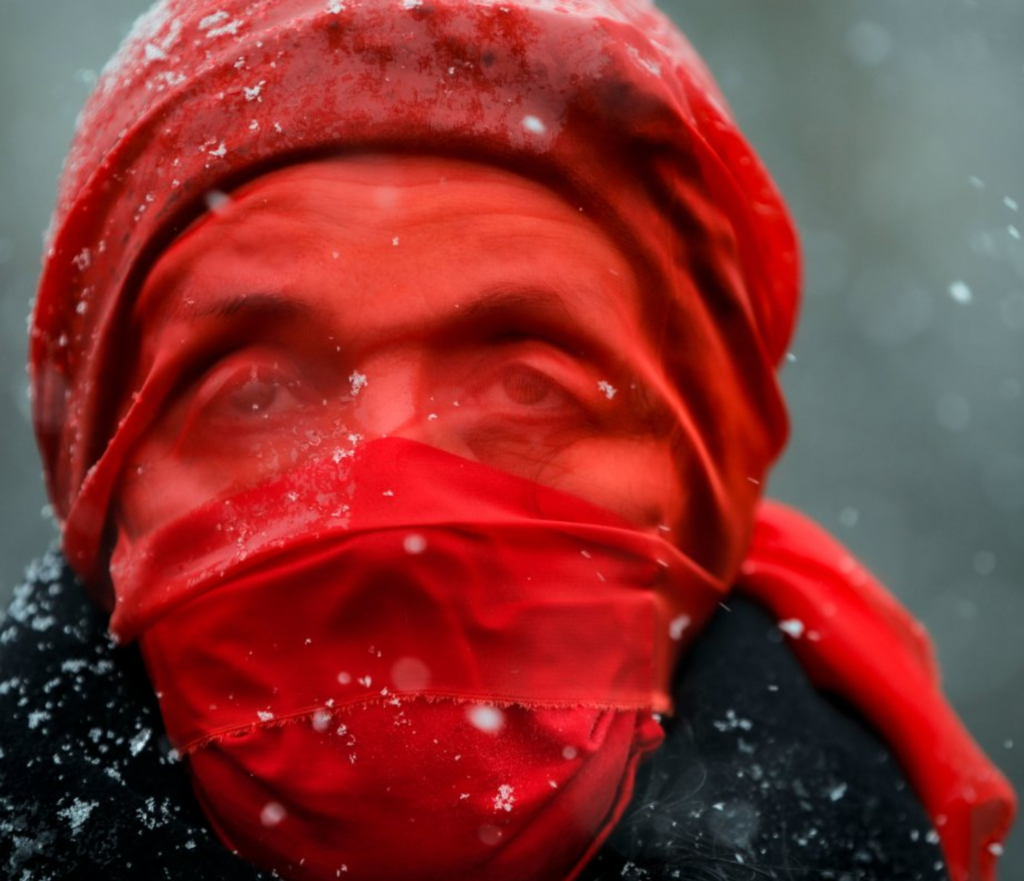 March 10, 2021 | Bucharest, Romania |
A woman wears a red veil during a flashmob
to raise awareness of the increased levels of violence against women
since the COVID-19 pandemic started one year ago. 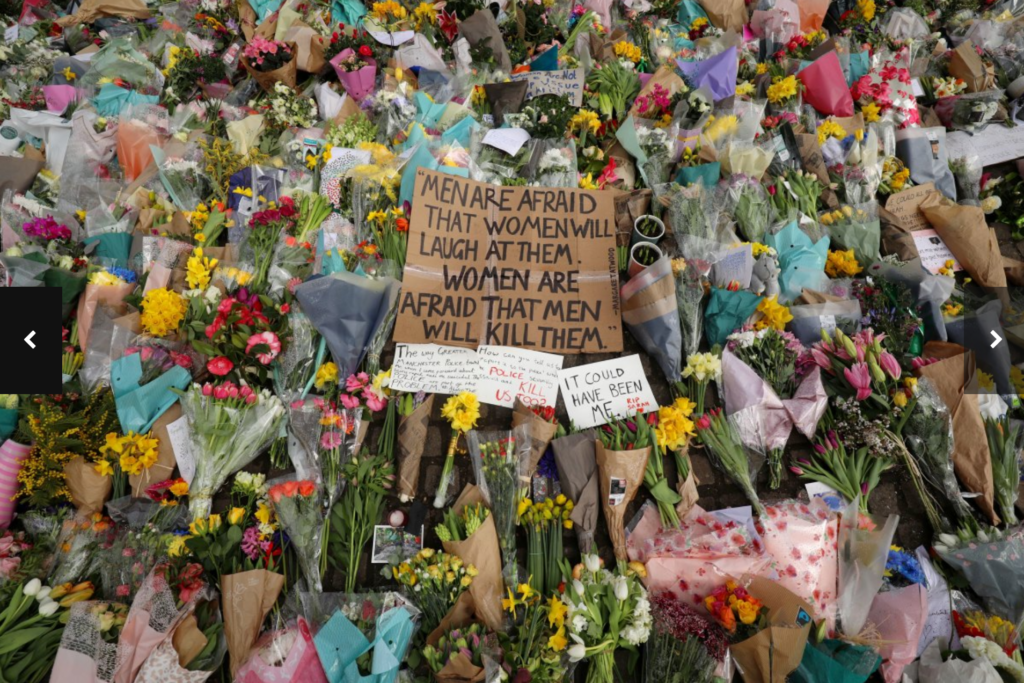 March 15, 2021 | London |
Flowers and messages are placed in tribute to Sarah Everard at Clapham Common.
Sarah Everard, a 33-year-old London resident whose kidnapping and death
– allegedly at the hands of an off-duty Metropolitan Police officer –
prompted a wave of concern over women’s safety.
The same police force is being criticized for its response
to the vigil, where they forcibly arrested several participants
for violations of pandemic-era rules on public assembly. 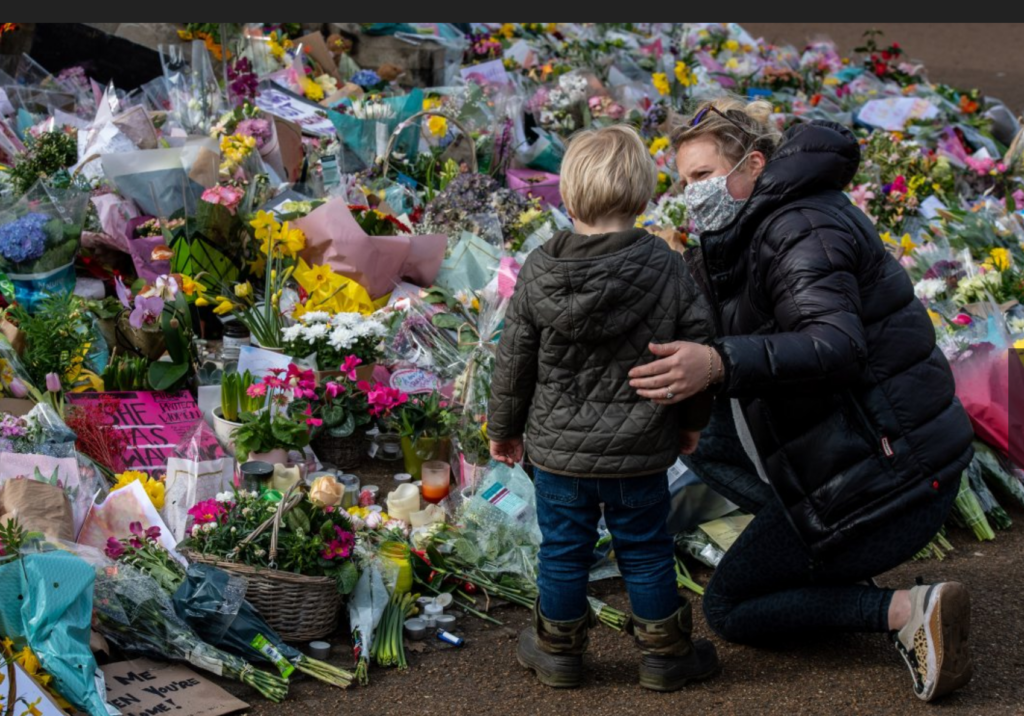 March 16, 2021 | London |
A parent takes their son to look at floral tributes left at Clapham Common
where people continue to pay their respects to Sarah Everard. 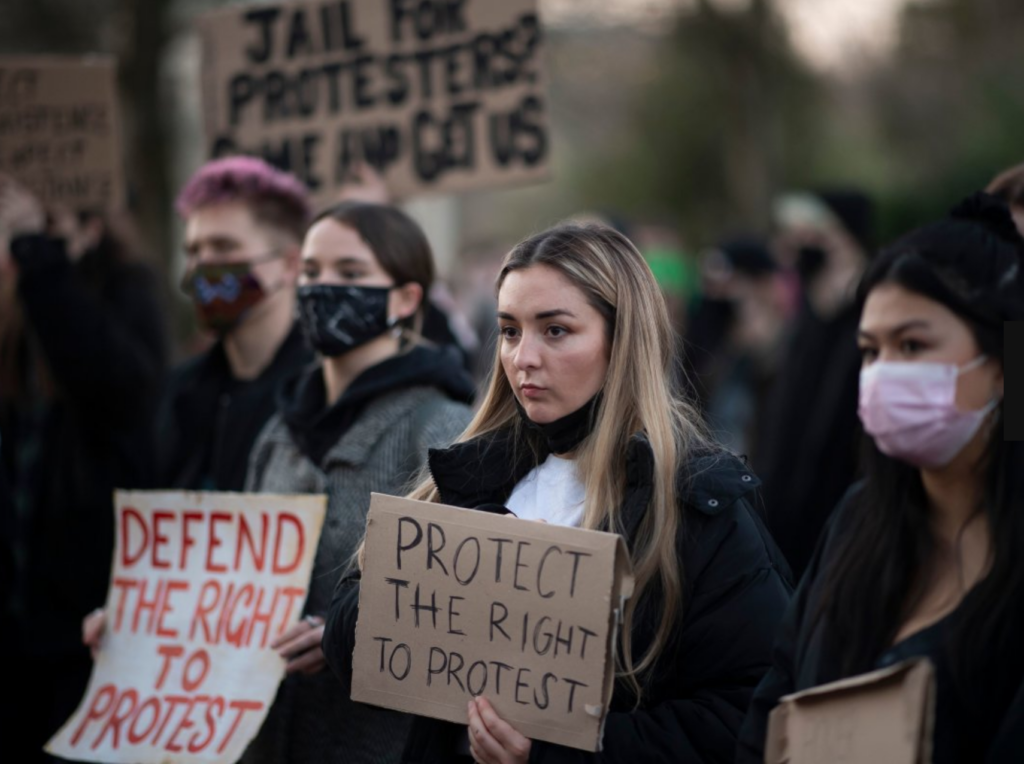 March 17, 2021 | Cardiff, Wales |
A woman holds a sign during a protest outside Cardiff Central Police Station.
Sarah Everard, 33, disappeared after walking home from a friend’s house on March 3.
Wayne Couzens, 48, has been charged with the 33-year-old’s kidnapping and murder.

Availability of data on violence against women and girls has increased significantly in recent years, and data on the prevalence of intimate partner violence is now available for at least 106 countries. Visit our research and data page for more information on why data is critical to UN Women’s work supporting women and girls experiencing violence.

Invoking St. Germaine and the Violet Flame
to end violence towards women. Invoking the Mother to end violence against women
with her Blue Diamonds of Hope and Sanat Kumara for Balance on Gaia.