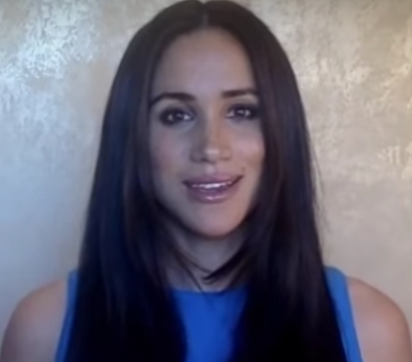 Meghan Markle is Challenging Young Women to Reshape the Future

The Duchess of Sussex delivered a speech as part of the Girls Up Leadership Summit.

Supporting women and girls is still top of mind for Meghan Markle, the Duchess of Sussex.

Markle delivered a hopeful speech empowering young girls to continue challenging the status quo to reshape the future as part of the virtual Girl Up’s Leadership Summit on Tuesday.

In 1995 in Beijing, global leaders developed the world’s most visionary agenda to empower girls and women.
Major steps have been taken globally to achieve a world where She Is Equal, but gender inequality still persists.
Share Global Citizen’s petition telling leaders to deliver on the promise of gender equality they made 25 years ago.

Markle started her address by borrowing advice from the commencement speech she delivered to the 2020 class of her high school alma mater in Los Angeles. She urged graduates to apply the skills they learned in schools to rebuild the world.

“I want to share something with you: It’s that those in the halls and corridors and places of power, from lawmakers to world leaders to executives, all of those people, they depend on you more than you will ever depend on them,” Markle said.

“This is a humanity that desperately needs you to push it, to push us forcefully in a more inclusive, more just, and more empathetic direction and to not only frame the debate but to be in charge of the debate,” she continued.

Markle acknowledged that Girl Up members are already doing the work but asked them to keep pushing further.

“Women have always historically gotten a lot of, ‘That’s not how it’s done,’ ‘Yeah, that’s a good idea but we’re going to do this instead,’” Markle said. “But when do we hear that as women? We hear that in the moments that we challenge the norms. So if that’s the case, I say to you, keep challenging. Keep pushing. Make them a little uncomfortable because it’s only in that discomfort that we actually create the conditions to reimagine our standards, our policies, and our leadership — to move toward real representation and meaningful influence over the structures of decision-making and power.”

“I believe we are on the precipice of transformation.”