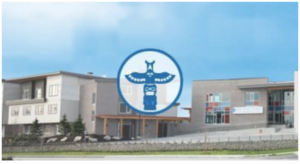 John Volken Therapeutic Communities, in Canada and the US, help addicts bring their lives to balance and purpose with connection and support.

Their comprehensive 2 year program focusses on humility, work, learning, service, self-sufficiency, responsibility, forgiveness, and accountability with a mission to:

CULTIVATE: self worth and a strong character

INSTILL: in each student the desire to always strive to be the best that they can be for themselves, for their families, and for their community. 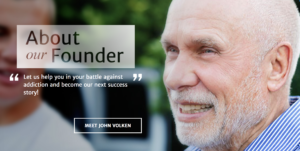 Below is a post describing a “descent into addiction” and isolation, with a science experiment attached, that is imaginatively illustrated by a comic artist with the thought provoking last line being:

“What if the difference between

between seeing the world as your park

and seeing the world as your cage?”

There were times in my addiction when I was surrounded by friends, people, and parties. The drinking was social and the drugs were recreational.

I am not trying to suggest that these were entirely healthy environments, but I am trying to illuminate the difference between the times when using was just for fun and the times when it was a desperate need.

During the fun times (dare we call them the high times?) there was always something to do – a party, a concert, a hike – and enthusiastic people to do it with.

Alcohol and drugs were essential constituents to any activity in my group of friends, but they were not the main event.

During these times, I was at least as committed to my relationships, family, and my education as I was to partying. I would call it quits early if I had a test in the morning, for example. I would stay sober for family events.

There was life  – genuine connection, meaning, and passion –  between parties. The world was my playground and the drugs, though appealing, did not have a death grip on me.

Those times stand in stark contrast to other, darker periods. These times consisted of isolation, crippling fear, and urgent compulsion.

I would stay in and stay up all night alone, haunted by the menacing specters created by my mind. I would try hopelessly to drown or numb the acute suffering and loneliness with drugs and alcohol.

My phone would be turned off or ignored, except for the purpose of obtaining my next fix. My family would not hear from me for weeks. If I left the house, it was to go to my dealer’s, the pharmacy, or the liquor store.

I felt like an alien in society, intensely uncomfortable in my own skin. I just wanted to hide, or disappear completely. A sick, lonely mind is the worst kind of prison.

When the internal pain was my only reference point, my world was truly a cage and I sought the only respite I knew – the oblivion of using.

The descent into addiction is almost always coupled with increasing isolation. I don’t know if the worsening addiction leads to the withdrawal from society or vice versa.

I just know that as addicts, we push well-meaning people away because of shame and because they interfere with using.

The void created by the loss of human connection is the place where addiction’s most powerful chains are forged.

My experiences have convinced me that human connection, support, and healthy relationships are the lifeblood of recovery. And it’s not just me.

Similar ideas have been suggested by science itself, in light of the findings of a groundbreaking experiment called Rat Park.

Click here to read a fun and informative comic about these experiments and their insights into addiction. The last line says it all: