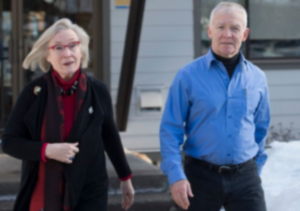 SMITHERS, B.C. — A Wet’suwet’en hereditary chief and senior government ministers say they have reached a proposed arrangement in a pipeline dispute that has prompted solidarity protests across Canada in recent weeks.

Fraser says that while the Coastal GasLink natural gas pipeline at the heart of the dispute is already approved and underway, the talks have helped develop a protocol to deal with such projects in the future.

Chief Woos, one of the Wet’suwet’en hereditary leaders, says the proposal represents an important milestone for everyone involved.

But he says the hereditary chiefs remain opposed to the pipeline in their traditional territory.

The dispute has spurred solidarity protests that have disrupted passenger and freight train service over the last three weeks. Police recently moved to dismantle some of the blockades.

Sunday’s announcement came as talks between the hereditary chiefs and the ministers entered a fourth day. 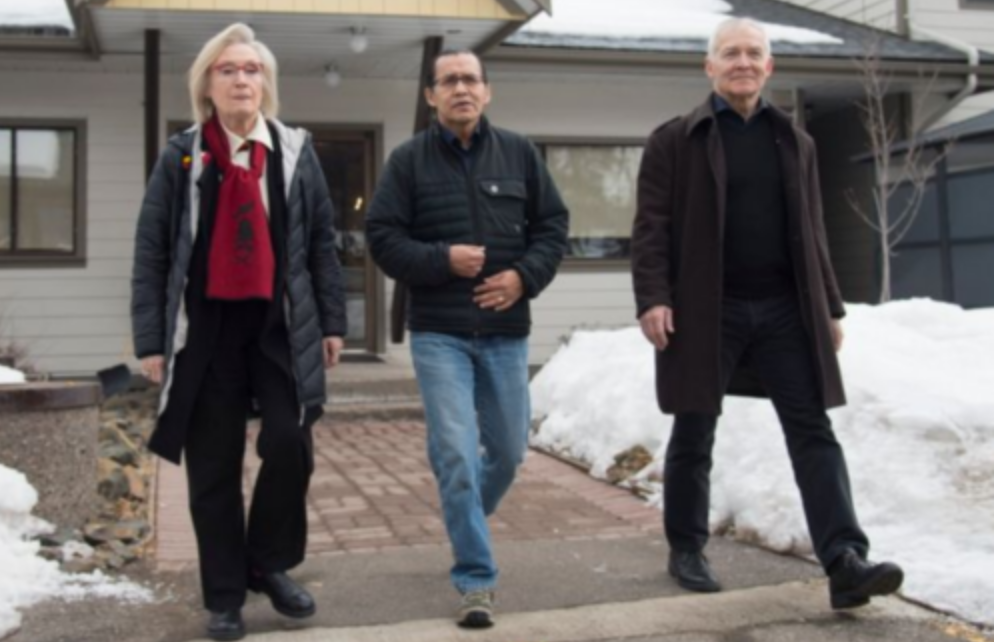 The dispute also involves other unsettled land rights and title issues, including who has the right to negotiate with governments and corporations, the fact that the land is not covered by a treaty and remains unceded, and a 1997 court case that recognized the hereditary chiefs’ authority and the exclusive right of the Wet’suwet’en peoples to the land but did not specify the boundaries.

This report by The Canadian Press was first published on March 1, 2020

Politician Man speaks to Canada’s troubled relationship with First Nations. Growing up in an isolated place like Attawapiskat has given Sutherland a unique perspective, while his growing profile as an artist is now giving him a voice. This is his way of taking action, doing something, about the ongoing struggle that Indigenous people face in Canada, while the country takes growing steps toward reconciliation.

“Sometimes reconciliation sounds like an empty word, and it’s frustrating. You keep trying to get ahead, but there are ongoing challenges, one obstacle after another. I have to wonder what I’m doing still living in Attawapiskat, and if anything is ever going to make a difference,” says Sutherland.

“The relationship between Canada and First Nations has been difficult for a long time, and in many ways it still is. Politician Man is about this relationship, and the need for all of us – politicians, chiefs, Indigenous people, all Canadians – to start listening to each other, and take steps together. Let’s move past the blaming and do something. We all need to do our part. That’s what reconciliation is, and the message behind Politician Man.”

“That really bothered me and pushed me over the edge,” Sutherland told HuffPost Canada. Attawapiskat has had unsafe drinking water for as long as Sutherland can remember. First Nations in Canada also face widespread food insecurity and poor housing conditions.

“There’s third-world conditions in what’s supposed to be a first-world country,” Sutherland said.

The Cree singer’s lyrics take aim at government inaction at every level, and he urges listeners to pressure their local politicians and ministers to effect change.

As Sutherland sings: “We’re sick and tired of the same old games.” 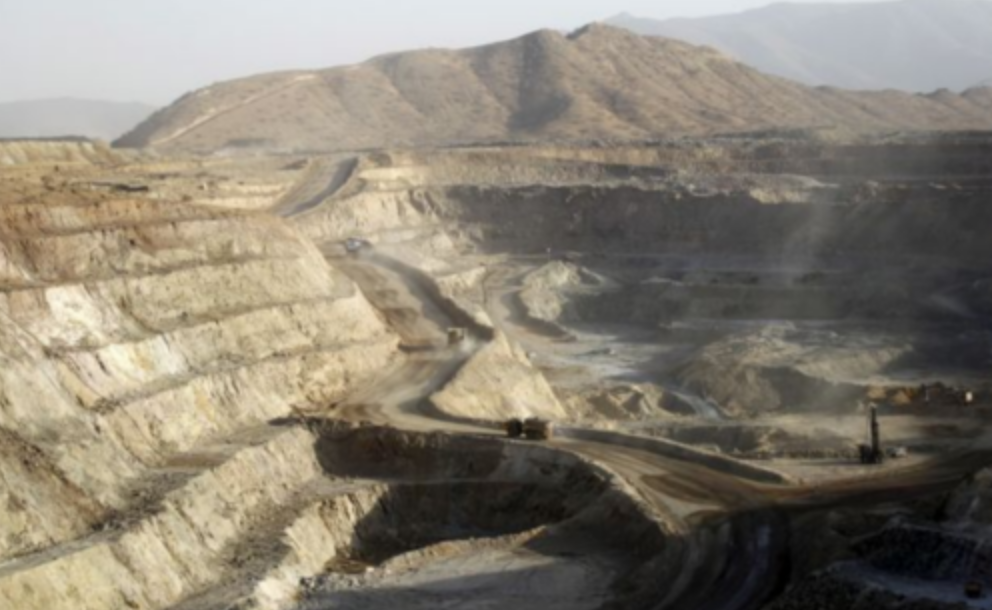 A Vancouver-based mining firm can be sued for slavery, forced labour and crimes against humanity over its operations in Eritrea, the Supreme Court of Canada ruled Friday.

Experts say the ruling could change the way Canadian companies do business abroad.

The ruling marks the end of efforts by Nevsun Resources to stop a lawsuit that began in 2014, when three Eritrean refugees took the company to court in British Columbia. They alleged the local government forced them to work at a facility jointly owned by Nevsun and the Eritrean government, and sought damages for violations of international law, including slavery.

As involuntary conscripts in the military, they claimed that they were forced to work at the Bisha gold, copper and zinc mine under intimidation and threats of torture, sometimes in exposed sunlight at temperatures approaching 50 C.

The three plaintiffs told the courts they had respectively spent 17, 14 and 11 years in forced military labour before escaping in 2011, and were forced to work 12-hour days, six or seven days a week, while at the Bisha mine.

Since its inception, Eritrea has been a dictatorship run by Isaias Afwerki, a former Marxist guerrilla who fought a war for independence from Ethiopia. He was supported first by the U.S. and later the Soviet Union.

Afwerki instituted compulsory military service for all citizens when they turn 18. The service runs for 18 months but can be extended indefinitely. For this and other reasons, the UN and Amnesty International have accused Eritrea of crimes against humanity ― accusations the government rejects. 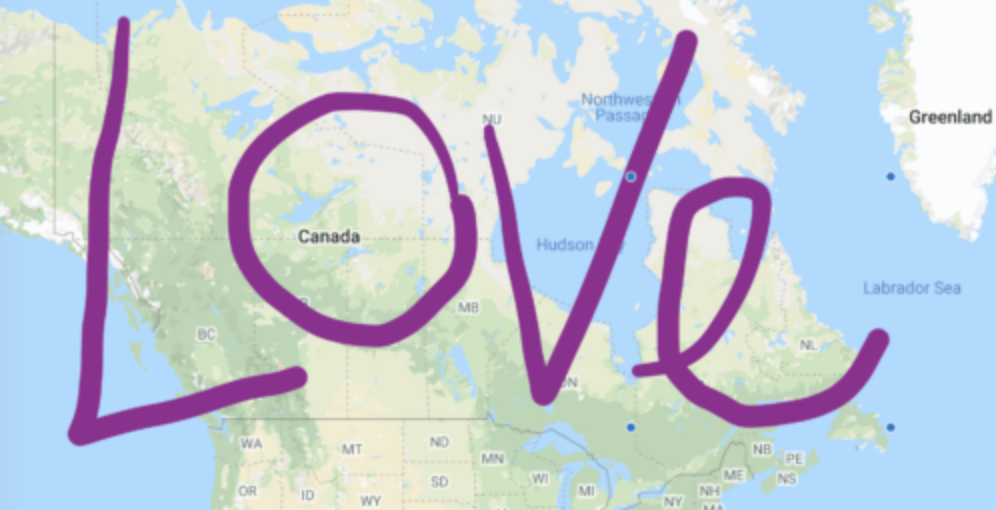 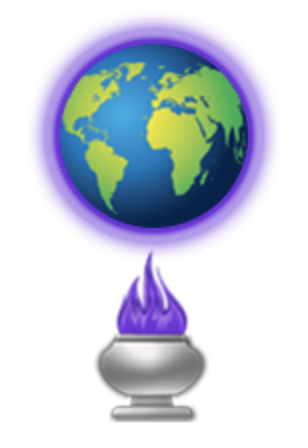 “Today, Michael, what is
the expression of my Infinite potential?”
Archangel Michael’s
Blue Flame of Truth,
of Infinite Potential
THE HATHORS:
FORGIVE EVERYONE

“There is no such thing
as mistakes.
The only mistakes
humans make
is in judgement,
when they judge themselves
or others to be less than,
when they do not see
the glory of their own Divinity,
and that is just sad.”
Catri’anna, my principal guide

PRAYER OF THE MOTHERS