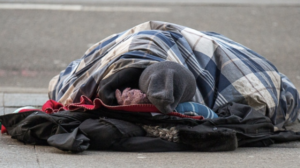 In the post, “2 B.C. Seniors Live in a Van and Struggle to Make Ends Meet,” is a pdf called Homeless Count with statistics of the homeless situation in Vancouver.

Its primary purpose is to estimate the number of people who are homeless in the region and identify trends compared to previous Counts.

According to these statistics, homelessness in Vancouver has escalated 30% since 2014.

On March 8, 2017, a total of 3,605 people in Metro Vancouver were identified as experiencing homelessness (3,486 adults and unaccompanied youth, and 119 accompanied children); of those, 1,032 were unsheltered and 2,573 were sheltered.

The three most cited barriers to finding housing were: the high cost of rent (50%), a lack of income (49%) and the lack of availability of housing that suits their needs (30%).

Comparing the 2017 information to past Counts and the population change in Metro Vancouver as a whole provides an indicator of progress in reducing homelessness.

Looking at longer trends over time reveals that homelessness has increased by 66% (1,431 people) since 2005, when 2,174 people were found homeless regionally.

Compared to changes in the overall population for Metro Vancouver, as documented through 2016 census data, homelessness has increased disproportionately.

Around the world homelessness is escalating.

Below is a unique way of drawing attention to the situation, and illustrating how difficult homelessness is.

The concept for a Vancouver-designed escape room meant to educate the public about homelessness could soon make its way to Seattle, San Francisco and beyond after the project was met with an overwhelming response. 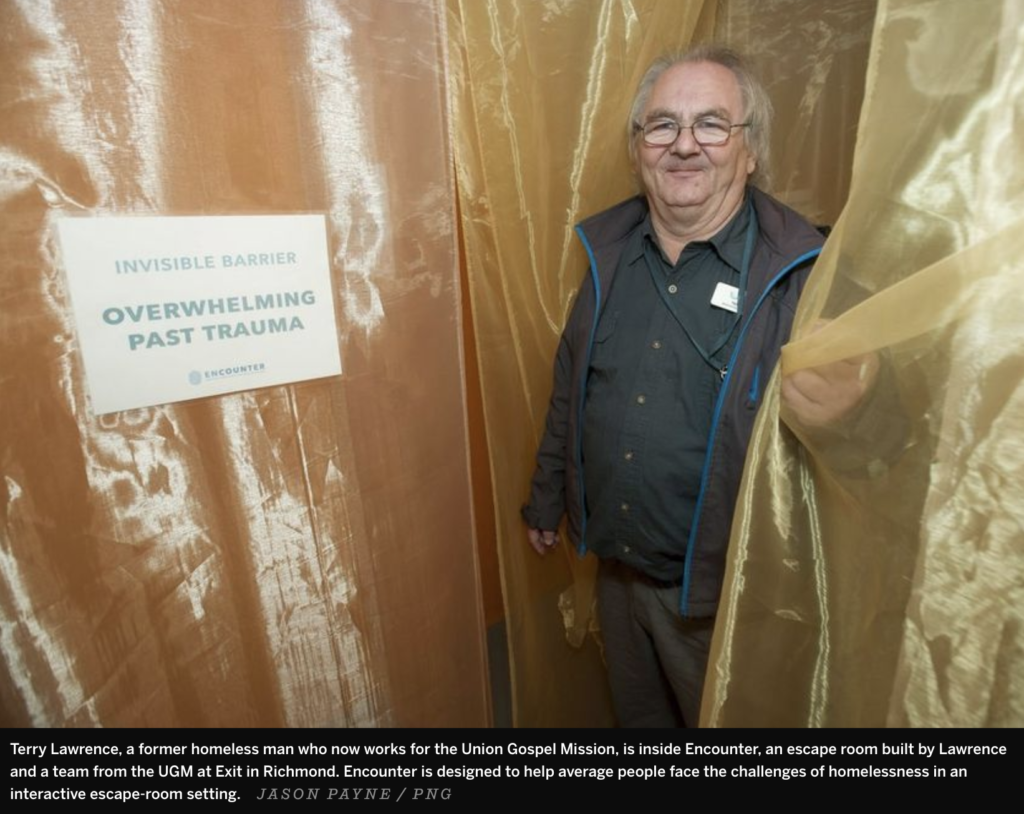 Encounter is an immersive, educational, escape-room experience designed and constructed by Union Gospel Mission and several formerly homeless clients to explain how difficult it can be to leave homelessness. Each puzzle in the experience highlights a different set of challenges faced by those living on the streets.

Hosted during Homelessness Action Week from Oct. 7-14 at Richmond’s Exit Canada. The project was booked to capacity before opening and then extended for two days before being booked up again.

“We never imagined that it would go this far or that it would impact this many people,” said UGM spokesman Jeremy Hunka of the overwhelming public response. “I think this shows that there’s a hunger to understand why homelessness is so prevalent and there’s a real desire to tackle things in new ways.

“We’re talking about a decades-old problem, so we need new and innovative techniques, advocacy and solutions to those problems.”

Here are other ideas and the costs of homelessness:

Homeless Connect Helps More Families on the Brink of Homelessness

‘Homelessness Is Not A Disease’: Living Library Offers Stories From the Streets

I invoke Sanat Kumara
and the Universal Laws of Intent,
As Within, So Without, As Above, So Below, Balance,
Change, Give and Receive, Unification, Unity,
Transmutation, Elimination,
and Completion and Continuity
for the homeless
situation around the planet.