In a YouTube dated October 27, 2017, she is interviewed by Diane Sawyer for ABC Nightline.

Ashley says to Harvey, “I Love you, and I understand that you are sick and suffering. There is help for a guy like you, and it is entirely up to you to get that help.”

Diane says that that statement will surprise a lot of people, but Ashley says, “It’s Who I Am.”

“A friend of mine said that the vast majority, most – with an emphasis on most – women have been sexually abused, harassed, assaulted and not just in a really minor way, but in a way that sears its way into their consciousness, in their lifetimes. And, we are talking about modern women right now. Is that an accurate statement, Lord?”

“Yes. If you think of the pattern of those false grids that we have been discussing — and let me emphasize that all of you have come as both men and women, women and men over time — but the patriarchal abuse system has been so firmly entrenched that it is not just a ground swell, it’s an earthquake that has need to allow this energy to emerge, from above of course, and from below.

“This happens of course in the human and other realities. This has happened on a very broad spectrum.

“So, there are women, children particularly, and male children by the way (1) who have been terrified and abused as children, sexually, or beaten or abused mentally and emotionally by that belief system, that that is all right.

“In no reality is that acceptable, not even in the human realm. …

“[That] literal physical, mental, and emotional abuse … has interfered with the soul’s progression and the fulfillment of their soul’s design.”

He says that we allow terrible abuse to take place in eastern, western, northern, and southern cultures, that the fear factor is very strong, but also the subtle belief system that it’s the victim’s fault.

“And this is really what is being weeded out by this Weinstein incident is that there is a subtle belief system that somehow it is the victim’s fault. It’s their fault for being born. That they somehow deserved it. And that the fault does not lie with the perpetrator. 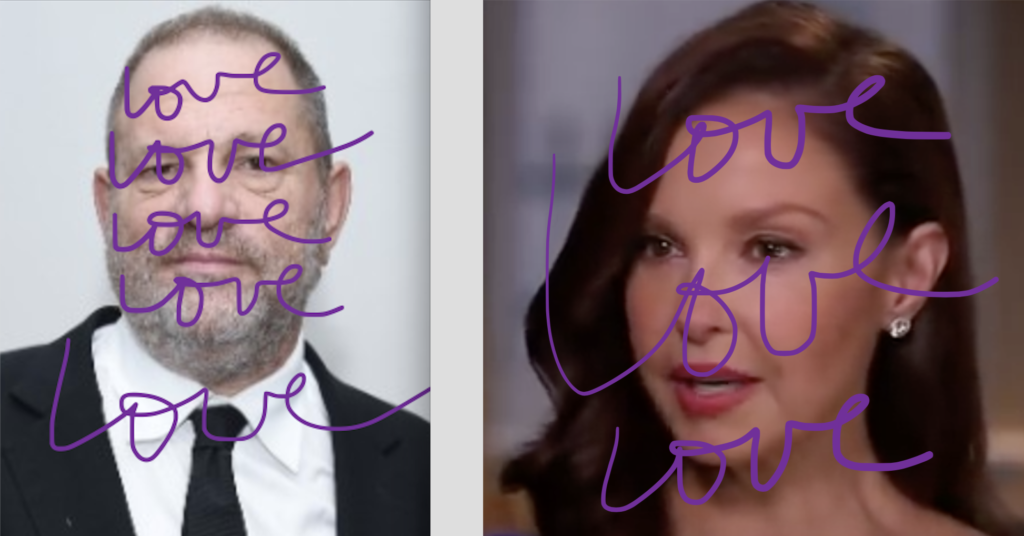 Archangel Michael says healing, repair, and reconstruction of that paradigm are taking place:

Our desire to change has us standing up and saying what is not acceptable, but we are also creating what replaces the old behaviour.

“It is something that every human being male and female are being invited to deal with. And it starts in some ways with the most minimal intrusion. Because when you speak to somebody, when you speak over somebody, when you disrespect them or disregard them, it may start as a minimal dismissal, but that gives you permission, and so it grows and the aberration grows.

“So this is teaching children different ways. It is protecting children in different ways, male and female. But it is also particularly males declaring to the community, to themselves and to other males, ‘You know, that is not acceptable.'”

Emma Thompson is very forthright in this interview with BBC Newsnight, October 12, 2017:

When asked if our most effective response is to send Love to everyone involved, Archangel Michael said:

Trusting in Love, sending Love — letting go of not forgiving, addiction to pain — the healing of perpetrator and victim occurs so we balance individually and collectively.

Jackson Katz has this powerful message:

I invoke Archangel Michael
and his Blue Flame of Truth
for healing in balance,
Loving the perpetrator
and the victim equally.

(1) “Transcript ~ Archangel Michael: On the Apparent Chaos in Our World,” AHWAA, October 19, 2017, channelled by Linda Dillon for the Council of Love, https://goldenageofgaia.com/2017/10/26/transcript-archangel-michael-on-the-apparent-chaos-in-our-world-ahwaa-october-19-2017/ 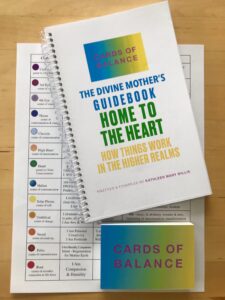