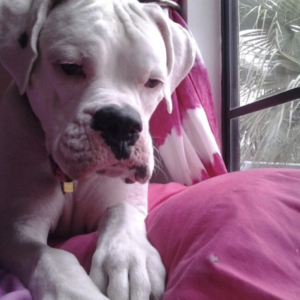 During this past year as the girls were turning twelve and thirteen and intensely preparing to each become a Bat Mitzvah, a Jewish rite of passage, there were more frequent times of sending Healing Light to Rocky who was now diagnosed with pancreatitis. But we all celebrated that he was doing so much better, especially the last few months before the girls B’not Mitzvah ceremony. (B’not Mitzvah indicates more than one girl becoming a Bat Mitzvah)

The girls’ last words to Rocky were said during their thank you speeches. The next morning he died in his sleep while at the kennel where he was staying due to the celebration weekend. My first reaction was that memories of their B’not Mitzvah would now be marred! But then I understood the magnitude of Rocky’s gift. That he waited to leave until after the girls’ ceremony!

As many of us know, when our fur babies go over the rainbow bridge the initial grief, especially for a child, can be unbearable. My husband and I made a condolence call and offered a closing ceremony to say goodbye to Rocky. As clergy used to dealing with death we know the value of such sacred rituals in the grieving process. I have often wondered why we don’t have the same in place when we bid farewell to our beloved pets.

I had a chance to speak to one of the sisters two days later. We again spoke of Rocky’s special gift of waiting until after the B’not Mitzvah to leave. “We couldn’t have done it if he left before!” she said! She went on to tell me how she had been sending her Light to Rocky and each time got goosebumps. “That is confirmation for you that he is receiving it!” I told her! “He is giving you another gift! Let’s see if we can get a further message from him!”

As I took her into a meditative state she told me she saw herself sliding down a rainbow but didn’t see Rocky. I had her send a stream of light from her heart to his. “He is sending me a feeling of peace. He is letting me know he is peaceful!” she said excitedly! “Ask if he has another message for you,” I said. She was confused now. “I see an “R” followed by a heart but I can’t see any more letters.” “The R is for Rocky!” I said! She smiled and replied, “He is sending me Love!”

This evening my little Candy who I share with my sister also went over the rainbow bridge. My sister and I along with our two other dogs, Cinnamon and Sophie created our own ceremony at the vet’s office to help her do so. First we called to all our departed fur babies to come join us. We sat on a blanket on the floor so we could all sit together and hold Candy as we bid her farewell. “She seems so peaceful” my sister said.

I came home and just like my student sent my Light to Candy. “Thank you, I told her when she answered. “I feel your Love! Your beautiful Gift of Love! ” 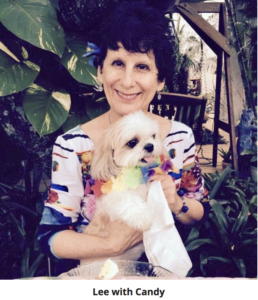 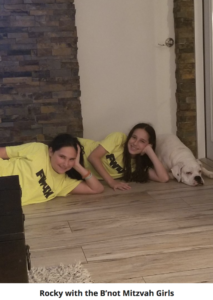